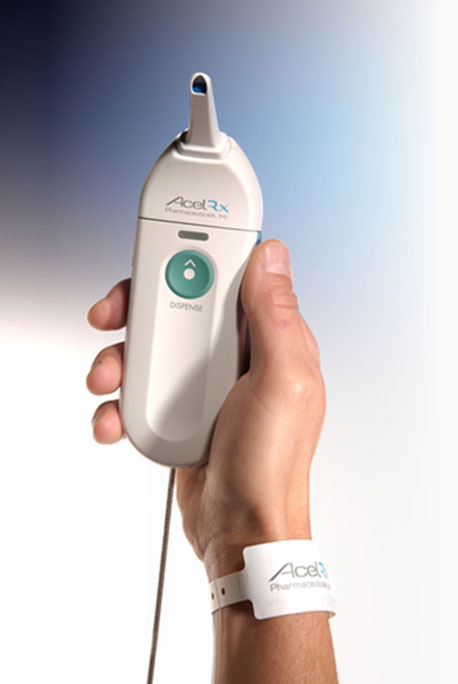 AcelRx’s Dispenser System is designed to replace intravenous patient controlled analgesia and other types of in-hospital pain control. This is done through the use of a handheld device which orally administers Sufentanil tablets in a hospital compliant and patient safe manner.

REM developed engineering prototypes for several sub-systems in the early stages of the device development including pill delivery and optical sensing.